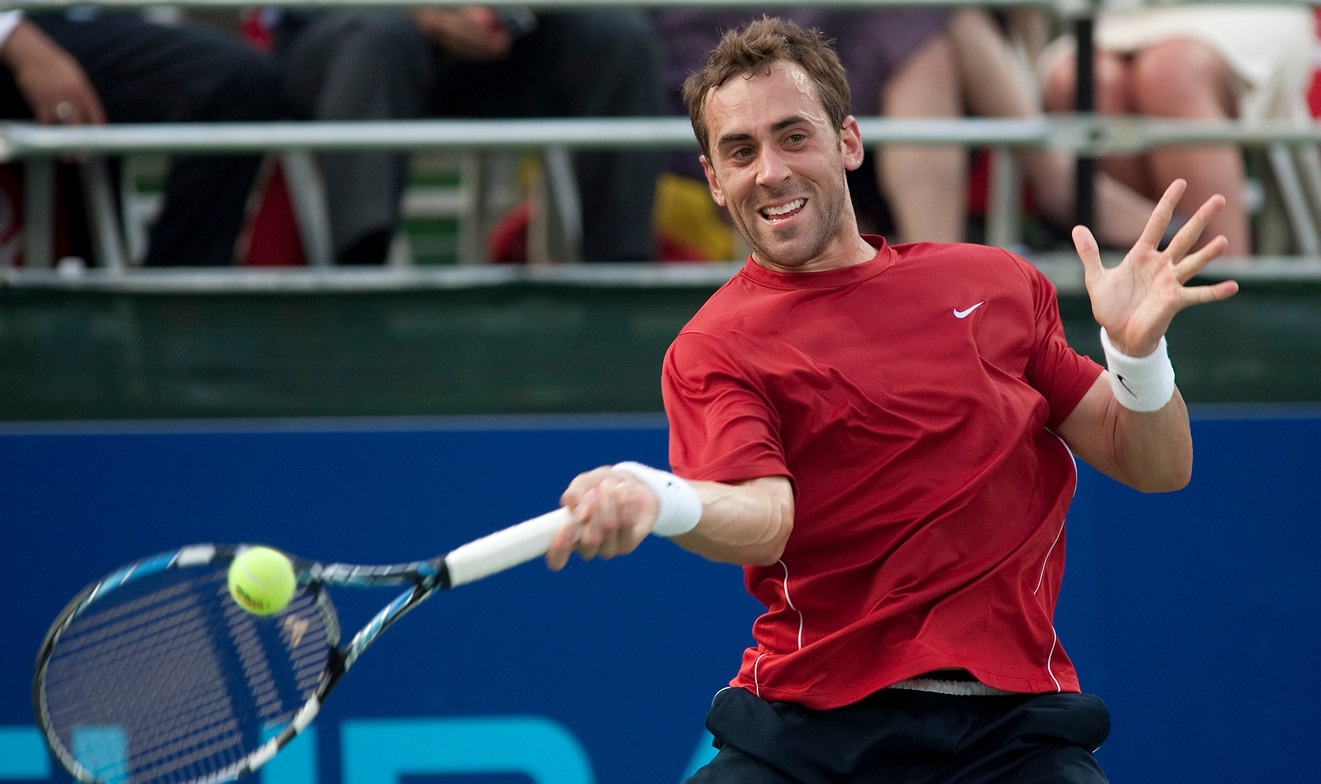 The Washington Kastles boosted their chances at a postseason berth and a possible home playoff match Friday, after rallying last night to beat the St. Louis Aces, 19-17 before a large, raucous crowd.

Despite losing two tiebreaks and the majority of early key 3-all points, the Kastles came back from a 15-9 deficit in the final two sets to win the match and move into a tie with the New York Sportimes atop the Eastern Conference.

The Kastles clinch a playoff berth with a road win over the Boston Lobsters Thursday night and, if coupled with a Sportimes loss to the Newport Beach Breakers, the Eastern Conference title match would be held in Washington on Friday night. A loss to the Lobsters tonight, however could eliminate the team from postseason play under most scenarios.

Bobby Reynolds started things off for the Kastles last night against Andre Pavel, a Romanian once ranked as high as 13th in the world. And he got the crowd into the match right away, winning the first point after tracking down a tough drop shot and angling a sharp crosscourt winner. Reynolds went on to hold, but Pavel gained a 2-1 lead in the set when Reynolds lost a tough 3-all point in his next service game after saving two break points.

It appeared as if that was all Pavel would need to take the set, gaining a 4-3 lead and then going up 2-0 behind his own serve. But Reynolds rallied and Pavel double faulted to set up a break point at 3-2. Reynolds then pushed the set into a tiebreak when he hit a blistering return of serve at Pavel’s feet.

With the set tied 4-4, Reynolds took an early 2-0 lead in the tiebreak winning both points on his serve and then grabbed a minibreak with a strong service return to go up 3-1. Reynolds held 3 set points at 4-2 but the veteran Pavel won two points to set up a decisive 4-4 winner-take-all point. Pavel took the tiebreaker and the set 5-4 when Reynolds hit a forehand just long.

In women’s singles, Angie Haynes took the court against Liga Dekmeijere and immediately jumped to 3-0 lead on Dekmeijere’s serve. Dekmeijere responded by winning three straight points to set up an important 3-all point. Haynes lost the point and the first game with a ball into the net, and the Aces jumped out to a 1-0 lead.

Serving down 1-2, Haynes found herself in another 3-all point, but again lost as she pushed a hard-hit backhand just long. Dekmeijere then took a 4-1 lead after winning yet another 3-all point, and took 2-0 point lead in the next game to move within two points of taking the set. But with the crowd at Kastles Stadium urging her on, the resilient Haynes won the next four points to hold serve.

Needing a break of serve to stay in the set, Haynes found herself down 0-2 but rallied yet again, setting up another 3-all point with a massive forehand winner. This time, Haynes converted the game point to take the game and bring the set back on serve. She then held serve to tie the set at 4-4, forcing another tiebreaker.

But it was Dekmeijere who then took control, hitting aggressively and dominating the tiebreak 5-1 and the set by a 5-4 count. Though she lost the set, Haynes’ rally which accounted for three extra games would ultimately prove pivotal for the Kastles, as every game counts in World TeamTennis.

With the Aces leading 10-8, Reynolds and Leander Paes took on Pavel and Tripp Phillips in a match-up that, based on league rankings, heavily favored the Kastles team. The two sides held serve in the first two games, but the Aces grabbed an edge in the third by breaking Paes to take a 2-1 lead and seemed to gain a lot of momentum. Two games later, the Aces broke the Kastles again, taking a 4-1 lead after Pavel hit a down-the-line return winner of a Reynolds serve on a 3-all point. Pavel then served out the set to extend the Aces’ lead in the match to 15-9.

It fell to Haynes and Rennae Stubbs to get the Kastles back in the match facing a six game deficit with just two events remaining. Against the popular Anna Kournikova who partnered with Nicole Melichar, the Kastles’ duo took a quick 2-0 lead after Kournikova double faulted, then went up 3-1 by converting a 3-all point following a long rally at the net. Then with Melichar serving, Stubbs came through on another 3-all point with an overhead winner which brought the fans in the stadium to their feet. Haynes served out the set, giving the Kastles a 5-1 win and cutting the overall score to 16-14 in favor of the Aces heading into the final event.

Still down by two, the Kastles needed to rally in the match’s final set of mixed doubles in order to keep their hopes of hosting a home playoff match alive. Washington’s Paes and Victoria Azarenka went up against Kournikova and Pavel for the Aces. The Kastles’ pair took an early lead, breaking Pavel with a volley winner to go up 2-0 and tie the match at 16. But the Aces broke back in the next game against Azarenka’s serve, rallying from a 3-0 deficit to win the game on a powerful service return by Kournikova. The Kastles immediately broke back, rallying against Kournikova’s serve to set up a 3-all point with a great down-the-line backhand winner by Azarenka. Kournikova then double faulted to lose the crucial game and even the match again at 17-17.

With Paes serving the next game, the Kastles took a quick 2-0 lead but in this see-saw affair gave it right back. Kournikova hit a sensational slice return winner to give the Aces a 3-2 lead in the game. Azarenka responded the very next point by putting away an overhead smash that tipped the net cord, setting up perhaps the most important point of the Kastles’ season. At 3-all, Paes and Kournikova exchanged several sharp half-volleys before Paes finally put one away to make the score 4-1 in the set, and give the Kastles an 18-17 overall lead. The crowd went crazy as they sensed an important comeback victory was near.

With the entire stadium on their feet chanting and cheering for most of the last game of the last regular season match of the summer, the Kastles duo fed off the fans’ energy and finished off the Aces by winning four of the next five points to break Pavel’s serve and claim the set 5-1 and a key 19-17 match victory.

It was a memorable end to another summer of enduring memories at Kastles Stadium as fans lingered in the stands long after the last point was played to savor another great season of Kastles tennis.